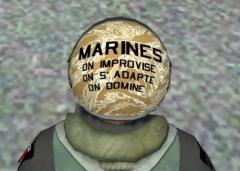 The devil whispers me "You can't withstand the storm". I replied "I AM STORM!"

"There have been a lot of questions regarding what sensors and weapons will be available at the launch of the early access DCS: F/A-18C Hornet. This decision is based on balancing a great, first experience, while getting quickly into the hands of those prefer early access adoption. We realize that early access is not for everyone, but for many, it is. If you prefer a completed product, we ask that you wait for the final release. Take that time to monitor previews and early access reports to make an informed purchase.

We believe that starting with the more “simple” systems at early access roll-out allows a more shallow learning curve at the start. By then adding new systems gradually, it introduces the Hornet’s sensors and weapons in a more structured manner… much like what a real Hornet pilot goes through when learning the aircraft. This also allows us more time to fully develop the more complex systems in a way that delivers the most realistic experience possible.
Note that this is all very much subject to change for our mid-2000s F/A-18C USN Hornet.


Following the early access release, we plan to include many more sensors, weapons, and decoys for the final product. Please note that this list is also subject to change: The devil whispers me "You can't withstand the storm". I replied "I AM STORM!"