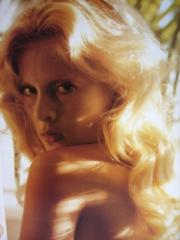 Obscuration
If the sky at an aerodrome is obscured for reasons other than cloud cover, and cloud coverage
cannot easily be determined, the code VV is used in place of the cloud information. VV is
followed by the vertical visibility in hundreds of feet.
METAR EGTK 231020Z 26005KT 0300 FG VV002
(a) (

.
476
Meteorological Aerodrome Reports (METARs) 25
If the vertical visibility cannot be assessed, three forward slashes will replace the cloud height
figures, e.g. VV///.
The code CAVOK is frequently used in the METAR code, being the abbreviation for “cloud,
ceiling and visibility are OK.” If CAVOK is used, it will replace the visibility, RVR, weather and
cloud groups. There are four criteria which must be met in order for CAVOK to appear in the
METAR. These are:
• the visibility must be 10 kilometres or more.
• the height of the lowest cloud must be no less than 5000 ft, or the level of highest minimum
sector altitude, whichever is the greater.
• there must be no cumulonimbus or ‘towering cumulus’ (TCU) present.
• there must be no significant weather at or in the vicinity of the aerodrome.
METAR EGTK 231020Z 26012G25KT 220V300 CAVOK

Dans le sujet : Save the president